There’s nothing as such as ‘Hindustani Islam’, Zafarul Islam Khan on Naseeruddin Shah’s Comments 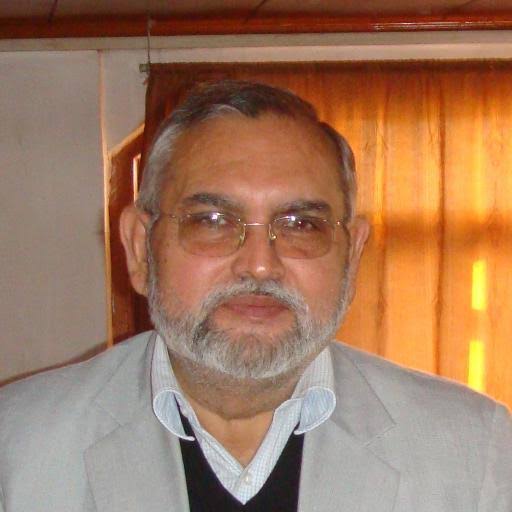 To mark one year of student leader Umar Khalid’s arrest in connection with the northeast Delhi riots, a public meeting was held at the Press Club of India in New Delhi on Monday. Several civil society members, including journalists, activists and parliamentarians, raised questions over the citizens right to oppose the government and its policies under the ruling dispensation.

Talking to THG, former Chairperson of the Delhi Minorities Commission Zafarul Islam Khan, said Umar Khalid isn’t the only in the UAPA case, there are around 24 other people in the same case. Along with that, there are several hundreds of cases where 118 people were arrested. May be a few must be criminals and should be punished. But the rest innocent people were just lifted up by their appearances.”

“Even the victims were made conspirators. There should be a high level judicial inquiry, which still has not happened. We need to ensure laws such as the UAPA are removed,” he said

“When I was in commission I used to frequently get complaints from parents saying they’ve picked our kids. Any person above 18 years of years was just randomly picked up by them based on his looks,” Mr. Islam said.

Fearing this, the parents even sent their kids outside the city to their relatives homes, villages so that they won’t be picked up. This was going on and many innocents are picked, he noted.

“We always talk about the people who are in famous cases like UAPA. But there are more than 650 cases, in which many people are booked and nobody talks about them. The local victims are not being helped and talked about even though they were the ones most affected. They are the main victim whose homes were ruined, whose family died, who were injured, and whose homes were destroyed. We should talk even about those who are unknown and deserve to get justice,” the former National Minority Chairman said.

Although many people and NGOs have rehabilitated them. But they will get justice only when the real culprits who did that and roam freely today are caught and put behind bars, he added.

On being asked about Taliban’s controversy, Zafarul Islam clarified, “I never said Taliban are very good Muslims. I never said that. I only said that they fought 20 years with the world’s super power, the US and chased them. I said if they bring true Islam it’s good and if they bring tribal Islam, we won’t be able to accept it. But people don’t understand these things. They pinpoint a small thing and start accusing that we’re a Talibani.”

When he was asked about Naseeruddin Shah’s take on ‘Hindustani Islam’ he said, “There’s nothing as such as hindustani Islam. Islam is one faith let it be in America or Nigeria everyone has the same faith. And to say that we have different Islam , it’s wrong. And in India if some people are happy that the Taliban won it’s because the Muslim community that was getting destroyed from the last 20 years, this poor community compelled the world’s super power to go back. It’s a big thing.”

Last week, Naseeruddin Shah had criticised those who welcomed the revival of Taliban rule in Afghanistan.

The Hindustan Gazette provides the latest news today from India and the world. Get all exclusive Breaking News, current, Headlines, live news, latest news on business, sports, world, and entertainment with exclusive Opinions and Editorials on thehindustangazette.com

© The Hindustan Gazette 2021 | All Rights Reserved